BLOG TOUR – Buried in My Past

BURIED IN MY PAST
By Eva Mackenzie
Domestic Romantic Suspense

She’s desperate to stop the panic attacks. But the truth won’t set her free…

Jamie Kendal sees life through the bottom of a bottle. After
surviving assault and betrayal, she is forced back to her hometown to
care for her mother. Not long after her return, she’s plagued by
terrifying slivers of memories from the night her twin brother
disappeared forever…

Unearthing new evidence, she’s shocked to learn she’d been found
wandering in the woods that same night—covered in blood. More than one
person from her past hid the haunting truth that’s bubbling to the
surface. The deeper she digs into the horrors from her past, the more
she fears almost anyone could be a killer, including Jamie herself.

Can Jamie expose what happened that night, or will she join her missing brother?

What Initially got you interested in writing? Back in middle school a friend and I would write about what we thought our lives would be like when we grew up. I had lots of friends and we lived in a big house. That kicked it off for me. Though I have had a day job since I was a teen, I have always had writing in the back of my mind.

What genres do you write in?  My current release is a domestic/romantic suspense. It’s one of my favorite genres to read as well. I have a psychological thriller releasing in August 2020.

What drew you to writing these specific genres? It’s what I enjoy reading. I can be immersed in a world for six months as I draft and revise. I love writing/reading stories that are emotional, sexy, intriguing and a little shocking.

How did you break into the field? I went to college for an unrelated career that I have been in since 2007. After deciding I really wanted to write I took another 7 years to finish my first book. I hired some great people to work with; cover designers, editors and formatters and decided to go the indie route. It’s been great so far.

What do you want readers to take away from reading your works? I want to make readers feel emotions. All different kinds; happy, sad, sexy, scared. I didn’t realize the power of emotion in my writing until later in my life. That is my main goal. I used to think the ultimate plot twist, or perfect characterization was my aim, but that left me scattered a bit. Now I ask myself if the scenes are causing people to emotionally connect with my characters and become invested.

What do you find most rewarding about writing? Reading a review or e-mail from a reader telling me how much they enjoyed my book. This is huge for me. If someone tells me they couldn’t put it down—that’s what I want.

What do you find most challenging about writing? Because I use intricate plots and several points of view, its hard work to make them all work together seamlessly. It requires a lot of editing and work after the story is initially written.

What advice would you give to people wanting to enter the field? Continue to study craft. Whether it’s plotting, characterization or revising, learn as much as you can. With that comes the added benefit of reading a lot of books in your genre and maybe other genres. Its invaluable to learn how great writers are doing it. Not copying but understanding all of the things that makes a story great by reading great stories.

What type of books do you enjoy reading? I like domestic/romantic suspense, thrillers, mystery, sci-fi, some YA titles and mild horror.

Is there anything else besides writing you think people would find interesting about you? I am a marathoner. I usually train for one a year, but I’m taking this season off while I publish two books.

What are the best ways to connect with you, or find out more about your work? My website has my currently release and my upcoming psychological thriller details on it. https://www.evamackenzie.com I am also on Goodreads where I read and recommend a lot of books.  My Instagram handle https://www.instagram.com/Evamackenzie_reads.

Thank you for hosting me. Eva 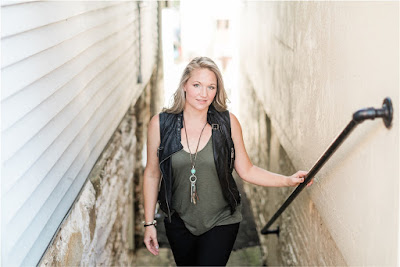 Eva Mackenzie is an author who enjoys twisty, emotionally engrossing
tales. Her debut novel has been a work in progress for over a decade.
Under the urging of a loved one, it’s finally finished.
She is a
wife and mother living on the east coast. When she isn’t writing, she is
spending time with her family, training for her next marathon or
reading stacks of suspense novels. Some of her favorite authors are
Minka Kent, Dean Koontz, Tami Hoag, and Lisa Jackson.
Her latest book is BURIED IN MY PAST.