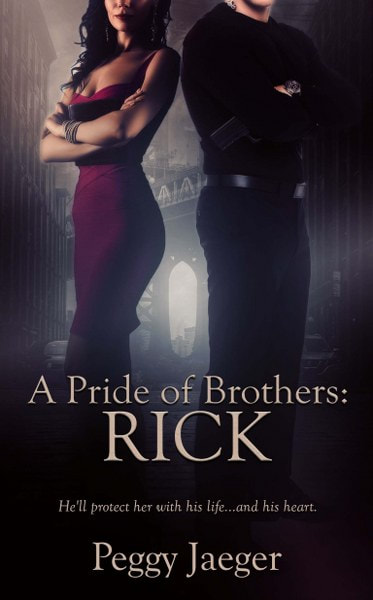 Elite bodyguard and P.I. Rick Bannerman’s job is to protect. He doesn’t get emotional with his clients, but when a woman from his past is threatened, his next job becomes personal.
Family lawyer Abigail Laine is the target of a client’s vengeful husband, but refuses Rick’s offer of protection. He walked away from her four years ago, and she swore to forget him.
Now her reluctance to accept his help could cost Abby her life.
Add to Goodreads
Amazon * Apple * B&N * Google * Kobo * Books-A-Million

How did you come up with the name of this book?
A PRIDE OF BROTHERS: RICK

Book titles, like synopses, are the bane of my existence.

I would rather write an entire 100,000 word book in a week than come up with a title for it.

Naming the new one wasn’t as hard as some of the others had been, though. I knew my new series was going to be about a Private Investigations and Security firm run by a family of brothers, and that there were going to be 3 books to start with, each devoted to one of the brothers. Naming the books with just the hero’s name seemed a little minimalistic, so I had to come up with some way to tie them all together and yet give them each their own individuality. I’m always thinking of covers when I write new books and I wanted the visuals on this series to be cohesive for branding and recognition purposes.

Now, one evening I was scrolling through Facebook  and – I’ll admit this freely – wasting time,  when I spotted an ad for the upcoming live action Lion King movie. I was a huge fan of the cartoon version and sat there and watched the entire trailer four times on my laptop.

The next evening my husband and I were watching the BBC channel on TV and came up a documentary about lions in the Serengeti.

And, like the proverbial dawn breaking through the dead of night, the title for the series jumped, leaped, exploded into my head.

A PRIDE OF BROTHERS is the perfect – perfect– name for this series because the brothers are like a pride. They support one another, have each other’s back, love and honor one another and will fight to the death for each other. Each book is about a different brother, so each book has the series title as a main component and then the brother’s name following it.

The three book series will be:
A PRIDE OF BROTHERS: RICK ( book 1) out now.

Sometimes, we really do have to listen to the universe when it’s talking to us. 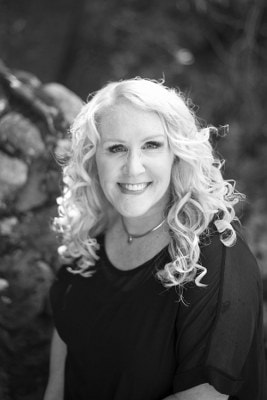 I’m a #contemporaryromance writer who writes #RomComs about strong women, the families who support them, and the men who can’t live without them. If I can make you cry on one page and bring you out of tears rolling with laughter the next, I’ve done my job as a writer!
#Family and #food play huge roles in my stories because I believe there is nothing that holds a family structure together like sharing a meal…or two…or ten. Dotted with humor and characters that are as real as they are loving, I bring all topics of daily life into my stories: life, death, sibling rivalry, illness and the desire for everyone to find their own happily ever after. Growing up the only child of divorced parents I longed for sisters, brothers and a family that vowed to stick together no matter what came their way. Through my books, I’ve created the families I wanted as that lonely child.
As a lifelong diarist, I caught the blogging bug early on, and you can visit me at peggyjaeger.com where I’m blogging about life, writing, and stuff that makes me go “What??!” daily.
I’m a social media junkie! You can visit me at all these sites below, any day and I’ll probably be there.
Website/Blog * Facebook * Twitter * Instagram * Pinterest * YouTube * Bookbub * Amazon * Goodreads