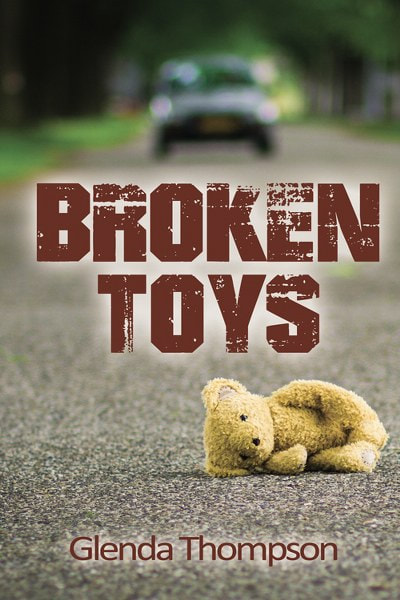 Texas Ranger Noah Morgan has his life together—with a great job and the girl of his dreams. Too bad it’s all based on a lie. A single phone call threatens to bring it all crashing down. After an irate citizen complains shoddy workmanship has left him with a booby-trapped driveway, and the local sheriff’s office is too busy to respond, Noah takes the call. The investigation of local scam artists uncovers a human trafficking ring. Noah fights to avoid being swept back into the sights of his murderous family—people he escaped at the age of seventeen.
Can he keep his past a secret or will his carefully crafted life come to a violent end?
Goodreads * Amazon

Okay, this may be a bit macabre but… a friend of Darlin’s owns a crematorium. The friend gave us a hip replacement implant that no one claimed. Darlin’ was examining it and one end comes to this sharp point. I had just come home from having a tire replaced on my truck. When I saw the point, I told Darlin’ that could do a ton of damage to a tire. About the same time, two calls came across his radio from dispatch—one for a missing child, the other for a complaint about Travelers scamming the elderly with roofing and driveway repairs. It just kind of clicked in my brain and Broken Toys was born.

I’m actually working on three more books right now. I keep bouncing between them depending on my mood.

The first is a complete departure from Broken Toys. Wings Over Wylder is a historical romance set in the Wyoming Territory in 1879. Everyone knows the Wright Brothers flew the first aircraft south of Kitty Hawk, North Carolina on December 17, 1903. Except they didn’t. The first coil-powered aircraft was flown in Luckenbach, Tx on September 20, 1865 by schoolteacher Jacob Brodbeck. This historic flight left a lasting impression on Greta Ann Guenther who dreams of escaping through flight while she cares for her much younger, autistic brother and alcoholic father.

The other two, Broken Dreams and Broken Minds, are stories following secondary characters from Broken Toys through their own challenges and dark secrets.

I do. Each of the characters has a world of their own and many of them will be expanded into upcoming novels.

Can you tell us a little bit about the characters in Broken Toys?

Noah has the perfect life. He’s a Texas Ranger, the crème de la crème of law enforcement, a dream he pursued from the age seventeen. He’s living with a wonderful woman, a paramedic who understands and shares his adrenaline addiction. Noah believes his past is finally behind him. He’s moved beyond being the little boy whose father beat his mother to death. He’s ready to propose to his love, Catalina. It’s rather sad that a single telephone call is going to bring his world crashing down around him. It’s never a good idea to keep secrets from those you love.

I don’t really know. They’ve been a part of me, nagging me to tell their stories for so long, that I’m not sure when or where they actually came from.

Some of the names are old family names. Others came from researching websites that show the most popular and the most unusual baby names for the particular years my characters would have been born.

I have a drawer full of partially finished manuscripts so I would have to say I’m most excited that I finished it. LOL. For the majority of my life, I have had two goals. To see my art hanging in a gallery and to have a book traditionally published. I have now achieved both.

Tell us about your main characters- what makes them tick?

Noah’s parents disappeared from his life when he was four. His grandparents raised him and a cousin. Nana was warm and loving, but the rest of the family had issues… severe, illegal issues. His entire life he has believed he has to be what the people around him want him to be or they won’t love him. Isn’t the strange the lies we accept and cling to as truths? He’s spent forever searching for stability and love and hiding his true self.

How did you come up with the title of your first novel?

This could potentially be a bit embarrassing. A dear friend of mine from high school was going through his second or third divorce and called me out of the blue. We were visiting, catching up, and he started talking about how no one loved him, no one wanted him, that he was a broken toy. I’m ashamed to admit I didn’t hear any more of the conversation because as soon as he said those two words, my brain zipped off on a tangent. I knew I had found the title to my first novel. Does this make me a bad friend?

Kim Mendoza with The Wild Rose Press… isn’t she amazing? I love my cover. I told her what I envisioned, and she made it even better.

The only thing I would change is the fear that stopped me from finishing it sooner.

Did you learn anything during the writing of your recent book?

Absolutely, I learned tons! The most important thing I learned was not to doubt myself so much. I really can write… and write well. I had to take my inner editor/doubter, wrap her mouth with duct tape, toss her in the closet and bury her under a huge mound of quilts and jackets. Once I did that, I put my butt in the chair and let the words fly. It was an amazing feeling.

Hmmm, I hadn’t thought about this. Maybe Colin Farrell or Ewan McGregor or even Colin Morgan

I have two messages in Broken Toys. The first is to bring awareness to human trafficking. It can happen anywhere, anytime, to anyone. We need to be more observant of our surroundings. Keep an eye on our children, our friends, and family. Keep everyone safe. We need to trust our guts. Yes, that kid throwing a fit maybe just having a temper tantrum, but he or she might be in the process of being snatched as well. Teenagers make easy targets for “Romeos” who sweep them off their feet making them believe they are “in love.” If it doesn’t feel right to you, say something. Especially in today’s environment of everyone wearing masks. It’s so easy for a child to disappear in a split moment.

The second message is to be true to yourself. Own your identity. Be who you are meant to be. Don’t be afraid you have to pretend to be someone else to be loved. If you love yourself, others will love you, too. 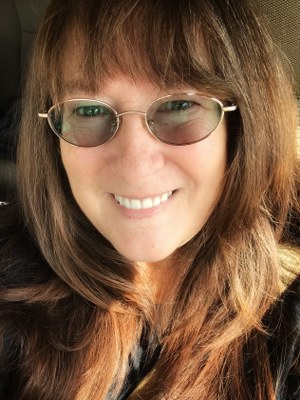 A sixth-generation Texan with Scottish roots, Glenda Thompson can ‘bless your heart’ with the best of them. As a former emergency medical technician married to a south Texas Lawman, she’s used insider information from both their careers as inspiration to build her Broken world of Texas Rangers with hidden pasts and dark secrets. When she’s not busy embarrassing her children or grandchildren by dancing in the middle of a country road during a rainstorm, she can be found huddled in her writing cave with her law enforcement technical adviser/husband working on another story in her Broken universe.
Website * Facebook * Twitter * Instagram * Amazon * Goodreads